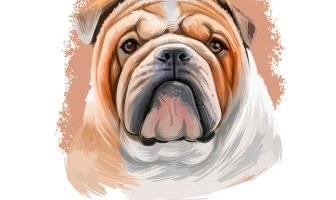 How To Clean My Bulldog Nose? Explore the proper technique now!

Bulldog’s noses are beautiful, did you know that dogs’ noses contain over 300 million olfactory receptors, in comparison to humans, who only have 6 million? That means a dog’s ability to sense smells is 50 times greater than ours!

In addition to that, the part of the brain which processes the smell signals is proportionally 40 times bigger than a human! Are you taking good care of your Bulldog’s nose?

Why do you have to properly take care of your Bulldog’s nose?

Bulldogs can have hereditary conditions, making their noses very small. This can lead to difficulty breathing and needs to be treated by your vet.

Is your Bulldog snoring too loud? That rather cute characteristic can be a signal of a greater breathing problem.

Your Bulldog can’t have a happy or simply regular life while having a sore nose, breathing issues, among others. It’s a sign that he’s not comfortable!

Let us show you how to identify and avoid some common problems and how to treat certain Bulldog nose issues.

Discover how to protect your Bulldog’s nose to keep it healthy!

“Stenotic Nares in bulldogs is defined as narrowed nostrils. This narrowing causes a restriction in the amount of air that can flow into the nostrils.”

Bulldog Nose Problems (and HOW to avoid or treat them)

Bulldogs are prone to several different issues with their nose, some of which requires immediate veterinary attention.

Because your Bulldog’s nose is the way he interacts with the world, you need to keep it as healthy as you can!

Even though a Bulldog’s nose is small and flat, it can get cut or scratched if they’re curious or play too rough with other dogs.

Most times you can treat it at home with basic first aid. However, if you notice signs of infection or it’s taking more than a few days to heal, you must go to the vet.

Mucus can be a sign of allergies, which are common in Bulldogs.

But it can also be a symptom of a viral or bacterial infection, so if your dog is unwell, you should take him to your vet.

Also known as Dry Nose, it affects a Bulldog’s nose by developing a hard crust of skin.

This can be uncomfortable for many dogs but is mostly a cosmetic issue. It is very common in older dogs and can be treated at home.

This term involves several genetic traits present in brachycephalic breeds, such as stenotic nares (see below), a long soft palate, and an easily collapsing larynx.

If your Bulldog snores too loud, makes sounds while breathing, has troubles breathing, or suffers from collapsing while exercising, this is probably the problem.

The reason why these symptoms happen is that he is struggling to inhale a sufficient amount of oxygen, so he has to breathe even harder, which results in the noises.

Your vet can diagnose the syndrome with a clinical examination or by inserting a small camera.

It must be treated with surgery while your Bulldog is still young, to prevent further complications.

This is when the nostrils of an Bulldog’s nose are very small or tight, making the process of breathing very difficult.

This disease is present in most of the brachycephalic breeds including the Bulldog.

This is the result of genetics resulting in malformed cartilage in the nostrils of the nose.

This is only treatable by surgery to widen the nostrils.

The surgery is quick and simple, and recommended whether or not your Bulldog is showing clinical signs.

Note: Your Bulldog shouldn’t go under surgery to cure any of these troubles until he’s big enough. Waiting until his first birthday is a good idea as he should be fully grown at the time of surgery.

“Brachycephalic breeds like… Bulldogs have difficulty licking their noses because their snouts are so short… which can also dry the nose out.”

How Often Should I Clean My Bulldog’s Nose

Bulldogs’ nose should be checked on a daily basis and cleaned as and when needed.

How to Clean a Bulldog Nose: Practical And Easy STEPS!

Now that you know how important it is to keep his nose clean, you’ll want to add the nose-cleaning routine to your Bulldog’s wrinkle cleaning routine. This will save you some time!

Get together some all-natural wipes for Bulldogs’ wrinkles and cream to treat dry noses. You can do it at the same time as cleaning your Bulldog’s wrinkles, and follow our wrinkle cleaning steps for Bulldogs to do it properly.

Like with any other breed, the nose is quite sensitive. You’ll want to do this softly, by putting almost no pressure on their noses, and with a wipe, that’s soft enough.

If he has mucus, you must use a warm washcloth and massage the upper area of their nose under the wrinkle to make it come out.

Then, you can use a wipe to clean-up the mucus that comes out. Another method you can use is a baby’s nasal aspirator if he allows you (not all dogs will!).

That will help you remove the mucus from inside the nose carefully. If it is excessive or your Bulldog seems unwell, take him to your vet.

If his nose has developed hyperkeratosis, you should apply a balm or oil-based cream to help soften it. We recommend you to check out our selection of wrinkle creams for Bulldogs to find the best for his nose!

Give your friend a treat for Bulldogs or some time to play with her/him! That can help make the experience a fun and positive time for her/him!

This type of care is necessary for Bulldogs’ health and quality of life because it will help them to breathe better!

Useful Products to Clean My Bulldog’s Nose and Keep it Healthy.

For having an effective cleaning routine, you must use quality products. Check-out Our Detailed Reviews for Bulldogs to pick the best product for your friend. We have invested time and effort to ease your buying decision!

Natural and hypoallergenic, there are excellent choices to pick from. They’re also very convenient to clean your Bulldog’s wrinkles.

There are specially crafted balms for Bulldog’s noses and wrinkles. They are perfect to protect your Bulldog’s nose from dryness. They also quickly relieve itchy wrinkles, heals irritation, protects them from friction, and moisture.

Good old Q-Tips are great for getting dry mucus out of your Bulldog’s nose. But make sure to use a small Q-Tip because big ones can be invasive.

Simple saline solution is a good option to loosen up dry mucus inside and around your Bulldog’s nostrils (if you’re lucky enough to have a Bulldog that tolerates it!).

You can apply just a drop or two using a syringe directly to your dog’s nose. After that, use a kid’s nasal aspirator (Amazon) to drain everything.

Why is my Bulldog so loud while sleeping or breathing?

It’s normal for Bulldogs to be loud while breathing because of their brachycephalic facial structure. If they are too noisy, consider taking them to the vet for a check-up. It might be because of stenotic nares or Brachycephalic Syndrome.

Do all Bulldogs suffer from nasal hyperkeratosis?

Most of them are prone to this issue when they reach their senior years. That’s why you must keep a vigilant eye to spot crusty noses.

My Bulldog’s nostrils are closed. Is this normal?

Most of Bulldog’s noses are not wide open, but they do have some space. If the space is too little, it might be a case of stenotic nares. Make sure you get your vet to check it out.

Keeping your Bulldog’s nose soft and healthy couldn’t be easier if you follow our steps.

Using the proper wipes to do it will save you from causing irritation to your Bulldog’s sensitive nose.

Creams and ointments can also help you avoid crusty, dry noses, which can become sore and painful.

Doing this should take you no longer than a few minutes, and a couple of treats can help your Bulldog love this time too!

So, does your Bulldog still have a crusty nose?

Back to CARE Steps

Dr. Jo is a graduate of the Royal Veterinary College, University of London. She was one of BBC's Young Vets and experienced in telemedicine services, interviews, and public speaking about dogs and cats. Author of Harper Collins' Tales from a Young Vet and Tales from a Wild Vet, and a series of books on different dog breeds. She currently has 2 dogs at home. This article is the result of her experience not only as a Vet but also as a dog Parent.

Back to Top
Support us sharing on: 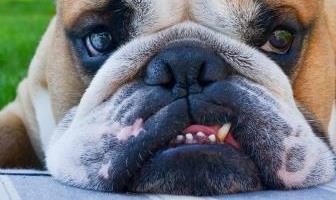 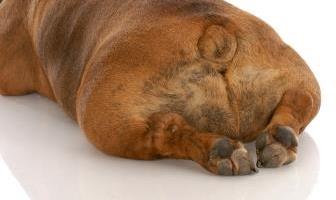 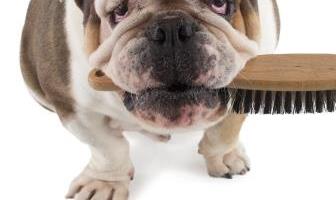 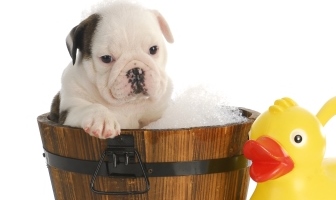 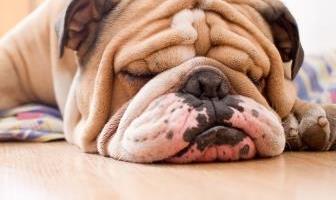 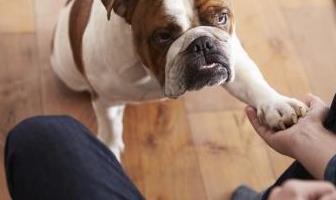 bulldogsclub.org is a participant in the Amazon Services LLC Associates Program, an affiliate advertising program designed to provide a means for sites to earn advertising fees by advertising and linking to Amazon.com and affiliated sites.

We use cookies on our website to give you the most relevant experience by remembering your preferences and repeat visits. By clicking “Accept”, you consent to the use of ALL the cookies. Read More
Do not sell my personal information.
Cookie settingsACCEPT
Manage consent

This website uses cookies to improve your experience while you navigate through the website. Out of these, the cookies that are categorized as necessary are stored on your browser as they are essential for the working of basic functionalities of the website. We also use third-party cookies that help us analyze and understand how you use this website. These cookies will be stored in your browser only with your consent. You also have the option to opt-out of these cookies. But opting out of some of these cookies may affect your browsing experience.
Necessary Always Enabled
Necessary cookies are absolutely essential for the website to function properly. This category only includes cookies that ensures basic functionalities and security features of the website. These cookies do not store any personal information.
Non-necessary
Any cookies that may not be particularly necessary for the website to function and is used specifically to collect user personal data via analytics, ads, other embedded contents are termed as non-necessary cookies. It is mandatory to procure user consent prior to running these cookies on your website.
SAVE & ACCEPT